Greatly refreshed from a good nights sleep, a day of administration beckoned for me while Max and Nick set off in a local taxi for the drive to the Luwangwa valley for a 24 hour safari staying at Kafunta lodge. With a fast and furious programme of visits to the orphan families nearly complete it was time to update our record sheets, send email reports and pictures to our dear and generous sponsors and enjoy a day not bouncing about on the bush tracks. We have registered and thoroughly interviewed six new orphans and their guardians and sadly lost one girl who has re located out of the area and one boy who refuses to go to school and is hence removed from our support. I will return home with us supporting 49 orphans in varying size family groups spread over 19 villages. I am heartened by the improvement in activity at our well projects and considerable money has been distributed to the youth teams from the sale of ginger and vegetables. Myzangulu school has at last a government paid teacher due to our initiative and is now gazetted as a government sponsored establishment from being a community school run by the villages. There are over 200 children registered who will now benefit enormously from this uplift. Our kindergarten, the school sponsored by The Mercers Livery Company, is absolutely flying with over 80 little ones being prepared for grade one education, a very rare facility in Zambia. We used the “bush house” for the first time having brought our first gap year student Max with us and while more work needs to be done refining the initiative this is one for the future. I am due an audience with Chief Manukwa tomorrow. As I bed down the sky is alight with the most amazing electrical storm and it’s pouring with the most important bread of life in these parts – water.

THURSDAY 29 November.
I rise to the day I and Stephen least look forward to. Reviewing the past six months budget and expenditure and allocating the funds for the next six months. I’m fanatically tight about how our generous sponsors’ money is spent, Scrooge perhaps fits the bill nicely. The plus is I’m excused another day rattling my kidneys in the truck out in the kingdom. The simple task of obtaining bank statements and depositing the cash I bring at the bank can take anything up to two hours and tests one’s patience to the limit. I’m pleased to say a relatively easy two hours of budgets and the deed was done. Final lumps of cash exchanged and the next six months budget agreed – yippee. Max and Nick arrived back safely from Luwangwa at 4, full of tales of lions, scorpions, snakes and wild things they had seen, their pictures are amazing.

On safari in the Luwangwa game park. 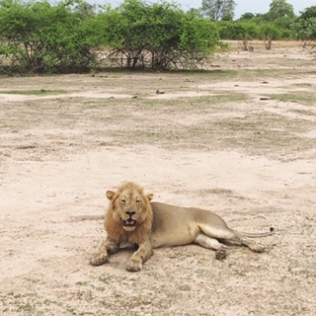 A close encounter with the king of the jungle

Our last duty of the day was an audience with Chief Manukwa at his town house which is rather grand. Unlike some meetings over the past six years I came away, much encouraged. There is no doubt he is getting a grip supporting Zoe and advertising our work and aspirations widely. He had just returned from a conference on a wide range of national social challenges with the minister of health for the country and he showed us his presentation on his lap top. Zoe had received several messages and pictures in his presentation as examples of what can be done to address issues such as child poverty, education, self sufficiency and so on. I’m really quite encouraged as getting the message across has been an uphill battle for Stephen who is much respected by the chief. 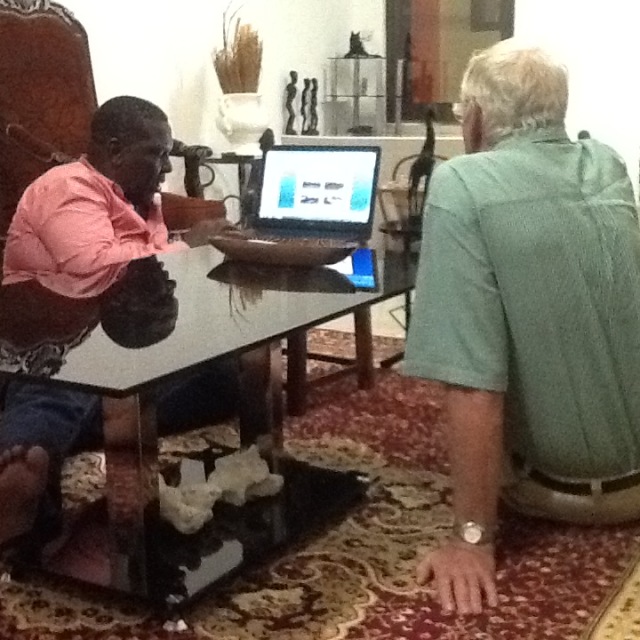 Listening to the chief relay his presentation to the Minister of Health.